Recently I wrote about the importance of affluent taxpayers taking advantage of the $22.4 million exemption while it is available. Deciding to give, and how to give, is the major issue but not the only issue. Filing a gift tax return (Form 709) and providing an appraisal to support the value is critical. The legal importance is that there is no statute of limitations on gifts if a gift tax return is not filed. Further, the gift tax return needs to provide the necessary information, such as asset appraisals, to put the IRS on notice of the substance and value of the gift – “adequate disclosure.” Absent filing a gift tax return, the statute remains open and transactions that taxpayers may think have been closed remain subject to IRS scrutiny, even up to the time of death.

A 2012 U.S. Tax Court decision Dickerson v. Commissioner, T.C. Memo 2012-60, regarding a waitress who won $10 million in a lottery, illustrates the importance of filing the return. The waitress won a lottery and tried to shift the winnings to family members without incurring a taxable gift. The IRS disagreed, claiming there was a gift, and the Tax Court concurred. The relevance here is not the lottery and desired income assignment, but rather the procedural aspects of the case. The waitress won the lottery in 1999 but did not file a gift tax return until 2007. In 2008, the IRS asserted that gift tax was owed. The Tax Court heard the case in 2010, which resulted in the 2012 decision, 13 years after the winnings. Because the gift tax return with adequate disclosure was never filed, the statute did not run and the lifetime transfer remained open to IRS challenge.

In the March 2022 publication, John Dedon was again chosen by his peers and Washingtonian Magazine as one of the  “Top Financial Advisors,” in the Estate Attorney section, for Virginia, Maryland and the District.  John has been selected consistently for over a decade, and is routinely named as well for Washingtonian’s “Top Lawyers.”

In the December 2020 issue, John Dedon is again recognized by Washingtonian Magazine as a Top Trusts and Estates Attorney. Washingtonian Magazine chooses Best Lawyers by surveying nearly 1,000 attorneys recognized on a prior year’s list, asking whom they consider best among their peers. Coming up in the January 2021 issue, John will also again… Read »

I was recently interviewed regarding fundamental estate planning needs and the appropriate tools to accomplish your objectives. Below is the link to the interview: https://www.youtube.com/watch?v=pPP6wiPj6H0

Last month, John Dedon received two important and continuing recognitions as a Top Attorney in the financial planning and estate planning areas of law. Northern Virginia Magazine named John a Top Lawyer in the financial area of law. Top Lawyers by Northern Virginia Magazine is an annual peer-reviewed list based on surveys of other lawyers’… Read »

For Our First Meeting

Brought to you by 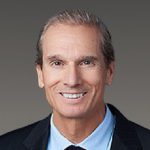 John P. Dedon is a tax lawyer with a talent for explaining the complexities of tax law in lay terms. Working in the estate planning, asset protection and business areas for more than 35 years, John helps clients preserve assets and plan for the future with traditional planning tools, including Trusts (dynasty trusts, intentionally defective trusts, grantor retained annuity trusts), LLC and partnership entities, and cutting-edge concepts such as cryonic preservation trusts.

Fellow of the American College of Trust and Estate Counsel (ACTEC)